A Friday treat for you all! Martin Weller, Professor of Educational Technology at the Open University has written a great guest blog post on the significance of online identity for remote workers. (I touched on this a few weeks back when discussing the distribution of vanity URLs for Facebook).

Those who read Martin’s very popular blog (The Ed Techie) and/or follow him on Twitter (mweller) will know that digital identity and the issues surrounding it are an area of much discussion among Martin and his colleagues. 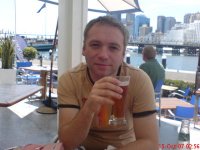 I recently gave a talk about online academic identity. I argued that for academics our online identity will become our academic identity. What I meant by this was that, just as with academic papers, if they can’t be found and accessed online (usually via Google) then they don’t really exist. Most people now, whether consciously or not, make the access trade-off: even if a different resource may be better if they can’t access it directly (and freely), then they will choose a lesser one. The same will happen for people – if your academic identity isn’t represented in some means online then you will be left out of discussions, projects, collaboration, references.

For those of us who often work at home, establishing this identity has dual significance, because it is both how we are represented to the world, but also to our work colleagues. The good news is that creating such an identity is not only easy with the number of tools we have available, but it may actually be more effective than the traditional, face to face methods.

In the 1980s in the heyday of the Yuppie, there was talk of the ‘power breakfast’ when Masters of the Universe would meet at breakfast to do business to show how tough they were. This is nothing – nowadays I get up and reply to some tweets, put a comment on someone’s blog, respond to comments on my own blog that have come in overnight and maybe even produce a quick publication in the form of a blog post. I have done global networking before I’ve changed out of my pyjamas. And I’m pretty normal in this.

So it is not just that our identity is distributed over space (ie through multiple sites which highlight different facets of our personality), but it is also distributed over time. And this allows for a greater network of contacts than when we are limited by the physical environment. If I tweet a joke or observation, it is the type of comment only a few people in a face to face setting would hear, but on twitter it is potentially ‘heard’ by all 1700 followers (and more if it is retweeted, although in reality it will only be a fraction of these that actually read the tweet). And these are the type of ‘social glue’ comments that connect people.

I used to work on campus 5 days a week, but working at home more has coincided with the advent of blogs and twitter. My professional and personal profile on campus is now much higher than it was when I attended every day, but largely sat in my office, and occasionally ventured out for coffee. I have contact across many different units which are both professionally useful, but also more social and personal than they were previously. I am sure being a homeworker has meant that I have worked harder at establishing this online identity.

The talk I mentioned at the start was given to a small audience of about 20-30 OU academics. Afterwards I recorded an accompanying audio soundtrack and sequenced this to make a slidecast over at slideshare. In a week the recording has had 719 views. If I look back at my other slideshare presentations the number of views of most of them number in the 1000s, with the highest being 6331. This is possible because they are distributed across place and time.

I know that some people now don’t bother attending my ‘live’ presentations (or are unconcerned if they miss them) because they know I will put them up later. And more than that, I feel that I have time to correct the presentations (although they still remain a fine example of amateur hour) so that the recorded version may well be superior to the live one. I think this may pervade across all of my online identity: my blog has more interesting things to say than I do, and my twitter stream is wittier than I am. I have become like one of those bands of whom people bemoan ‘they’re not as good live’. And as we perfect our online skills, maybe this is the fate that will befall us all. In which case, don’t ask me to give a keynote, I’ll just record you one instead.

On Saturday (5am in the UK) Facebook allowed users to select a vanity URL which will point to their regular profile page. Naturally there was a mad rush to capture the ‘best identities‘ and some people just weren’t quick enough (further discussed by Brian Kelly on his blog).

Once users have selected a name they are not able to change it or transfer it. Digital identity experts urged users to give some thought to their choice.

Why a Vanity URL?

Well firstly having a number for your ID isn’t particularly user friendly. This new approach will make it easier for users to share their profile pages and link to other people’s pages. There may also be other reasons too. Mike Nolan suggests 3 possibles on his blog:

Digital identity refers to the aspect of digital technology that is concerned with the mediation of people’s experience of their own identity and the identity of other people and things. Wikipedia

Our digital identity is becoming a big issue. Twitter have recently begun verifying accounts and many Facebook urls are already being sold for hard cash. The problem for many people, especially early adopters, is that they didn’t realise the significance of user names when they started registering for all these services. As Lorcan Dempsey explains the result is a fractured online identity. In in a Facebook note based on an old blog post Lorcan talks about his (and Andy Powell of Eduserv’s) quests to centre their decentralised identity and consolidate their network presence.

“It seems clear that managing our network presences and the relationships between them is becoming of more interest. And this cuts across previous boundaries – between work, family and friends, for example – in different ways.“

Digital Identity for our Children

Lorcan also touches on the issue of digital identity and naming of children. This resonates strongly with me. Having a Dutch Mother and a Dutch name (Marieke) and an Scottish/English Father I grew up with a pretty unusual name (Marieke Napier). Even my married name (Marieke Guy) is rare and I’ve yet to come across any other online people with the same name. You only need to do a quick Google search for me to see that as far as Marieke Guys go I’m the Webs number 1 (5,020 hits). Having a clear digital presence is quite straightforward for me. I don’t have people queuing up to steal my name and this morning registered http://www.facebook.com/mariekeguy with no problem. No getting up at dawn for me!

The irony of all this is that I have 3 children who, despite our best efforts to be original but not too wacky, now have pretty common names: Catrin, Keira and Zak. My husband’s name is Andrew, but at University he decided to rename himself Bill (his middle name) in order to distinguish himself from his other 3 friends (also called Andrew). There are moments when while sat at toddler singing-group with 2 other Zaks (or Zacs or Zacks), a Zachary and an Isaac (my son’s registered name) I bemoan that I didn’t call him Andrew – at least there are no babies being called that name these days!

Anyway it seems to me that my children will have to join the orderly queue when it comes to assigning their digital identity. Or maybe we’ll be doing things differently then and a quick retina scan will do the trick!

Any other Marieke Guy’s out there? Anyone have problems registering their Facebook url? Anyone totally opposed to the whole digital identity movement? 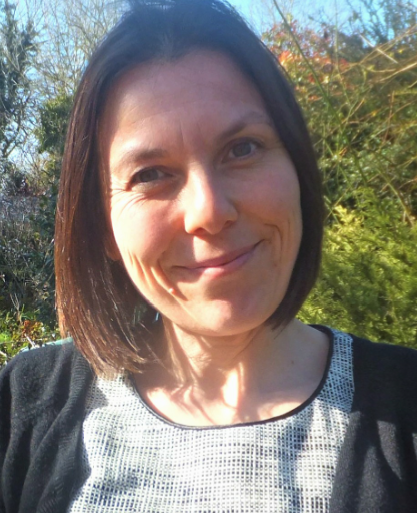