We all know that being a remote worker gets a bit lonely – it’s great to be able to reach out to colleagues when you can. I’ve written before about our efforts at creating our own watercooler spaces at Open Knowledge. In that post I said:

One of our team is a DJ on the side and he shares Spotify playlists with us most Fridays. These playlists are great and get us talking.

The fab Christian Villum who creates our playlists has now taken things one step further! He, and his OK:FM posse, are beginning to pull together our own OKFM radio station – be it an online station that exists through crowdsourced playlists!!

He began by asking the staff to suggest songs for the Open Knowledge “Songs About Change” playlist. I think the topic was chosen in response to our recent summit.

Christian then compiled all the suggestions (see some of our suggestions below) into a playlist, so that we have a proper soundtrack for the weeks to come! Here’s the Spotify playlist for Changes.

The plan is to collaborate on future playlists on areas we are interested in! And there may even be a Twitter account for OK:FM in the pipeline. Watch this space! Music really is the universal language! 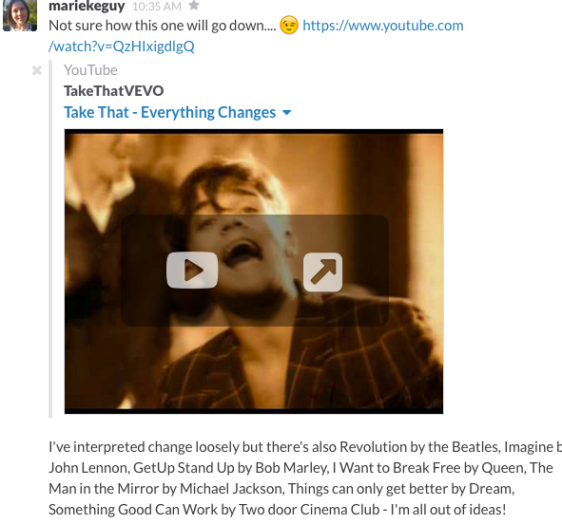 One thought on “OK:FM – Connecting through music”