Can you believe it?! Yes, I’ve been writing this blog for 6 months now…

So what have I learnt?

It’s quality not quantity that counts

I’ve now written over 50 posts…so am averaging on about 2 posts a week. I don’t want to just churn stuff out though so try really hard to only blog about stuff that is relevant (to remote working) and of interest to me. I’m not saying that the end result is that great, but if I didn’t stick to these rules it could be a lot worse!

My Colleague Paul Walk, who writes a really readable blog (inspiringly titled paul walk’s weblog ;-)) (probably so readable because he doesn’t post that often) asked a while back if it mattered to me if anyone read my posts. That’s a tricky one. Of course it matters and I’d really like people to read the blog and comment (I won’t bore you with stats here), but it doesn’t matter as much to me as I thought it would. I actually enjoy writing the blog now and often find myself referring back to past posts, so it’s almost become a kind of content management system for my thoughts on remote working.

I’ve found that writing my blog has helped inform me about remote working issues and technologies because I now have a reason to find out about them. It’s sort of a chicken and egg situation. I find out about stuff to write about on the blog, people send in comments, I know more things about stuff so I end up writing more about stuff!

I’ve also learnt a lot about blogging, which is good as I often run workshops on it!

I’ve had emails from people about remote working (for example this one on VPNs, Management and Emails from Canada), I’ve participated in Webinars (for RSC Eastern) and will hopefully be giving a talk at a Flexible working event later this year (more on that in the future). I’ve also submitted something to Internet Librarian on remote working.

What’s successful can be surprising

The most successful posts are about technology (Twitter!), something silly (like the Top 10 Remote Worker Lunches) or something that for some reason gets on a list somewhere. But I’ve also enjoyed blogging about my family, my town, the snow and bad employers!

And my final thoughts…

Secondly I’ve got a lot more out of blogging than I thought I would. I’ve found it a really reflective, useful activity and it doesn’t take up that much time when you get going.

So if you’ve got this far in my post…thanks for reading!
🙂 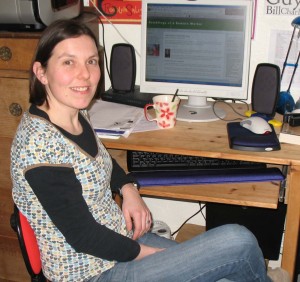 I’m not sure what my intentions for the future are. I guess more of the same with some more guest blog posts, more horizon scanning and more user input (more comments please!). I’d like to jazz up the blog a bit when I get time – maybe add a few more widgets. I suppose it would also be nice to get more readers. It’s all a work in progress….

Anyway here are my own favourite posts (in no particular order):

Any ideas on what you’d like me to blog on? Any suggestions? What about your first 6 months of blogging?